The hacktivist group Anonymous has released the second part of the data stolen from the controversial pro-right web hosting platform Epik.

As previously reported by Hackread.com, the previous leak was 180 GB of the company’s data, and the current one is even larger. The leak stems from Anonymous’ displeasure with Epik’s preference for affiliation with right-wing websites that the group classifies as extremists.

The web hosting company Epik was targeted by the hacktivist collective Anonymous in two major attacks called Operation EPIK FAIL and EPIK FAIL the b-sides. The company was targeted for hosting the far-right social media profiles of Donald Trump, Gab and Parler.

Hackread.com can confirm that the data is now partially leaked by hackers. To date, Anonymous has disclosed the names, passwords, email IDs, physical addresses, and other personal information of over 18 million people.

Over 300 GB of Epik data has been leaked

According to a tweet from Monacelli, who first broke the news, Anonymous leaked more than 300 GB of data, which is much larger than their previous leak. 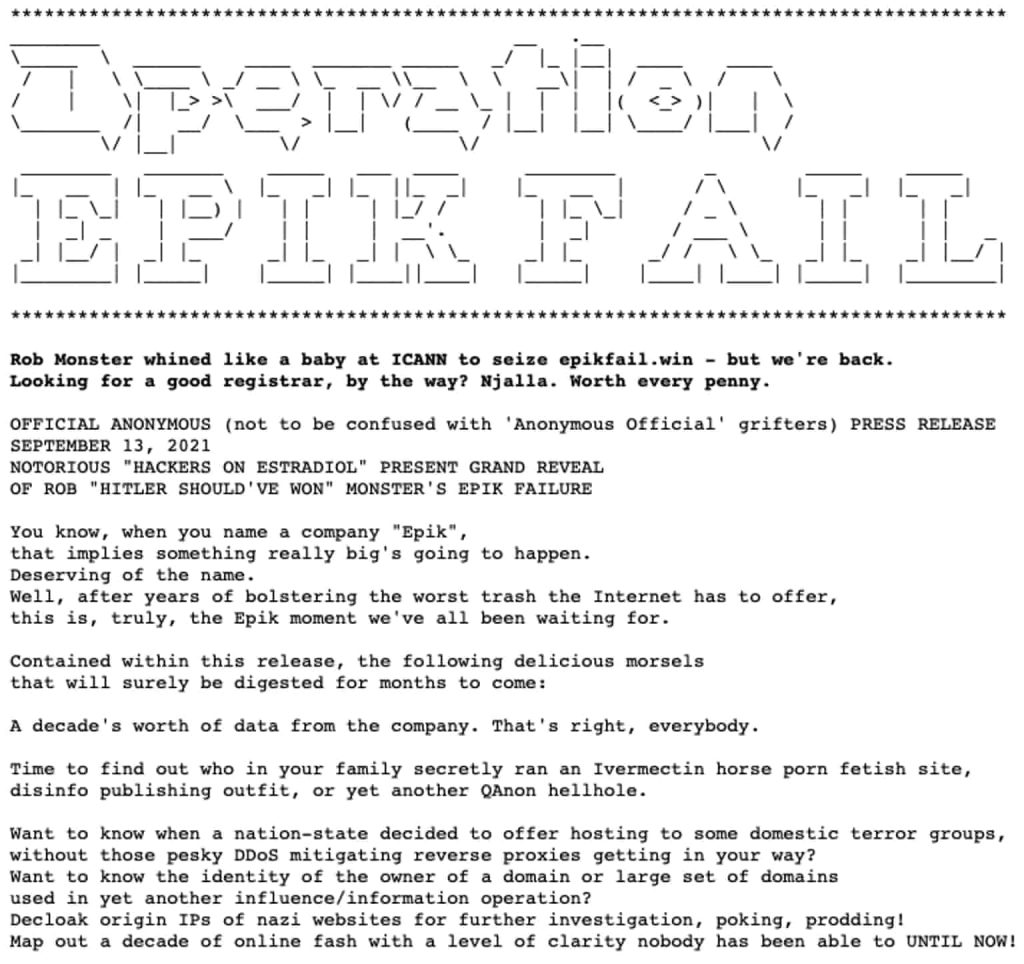 Press release from the hackers

Another security expert named Whiskey Neon posted: Video Representation of some epic VMs in action. However, according to the hackers, the content includes:

Response from the Epik CEO

Shortly after the violation was made public, in a four-hour Q&A meeting, Epik’s CEO Rob Monster tried to defend the company. However, his video conference was a bit unusual as he said prayers to defeat demons and stated that the hard drives containing the hacked data were cursed.